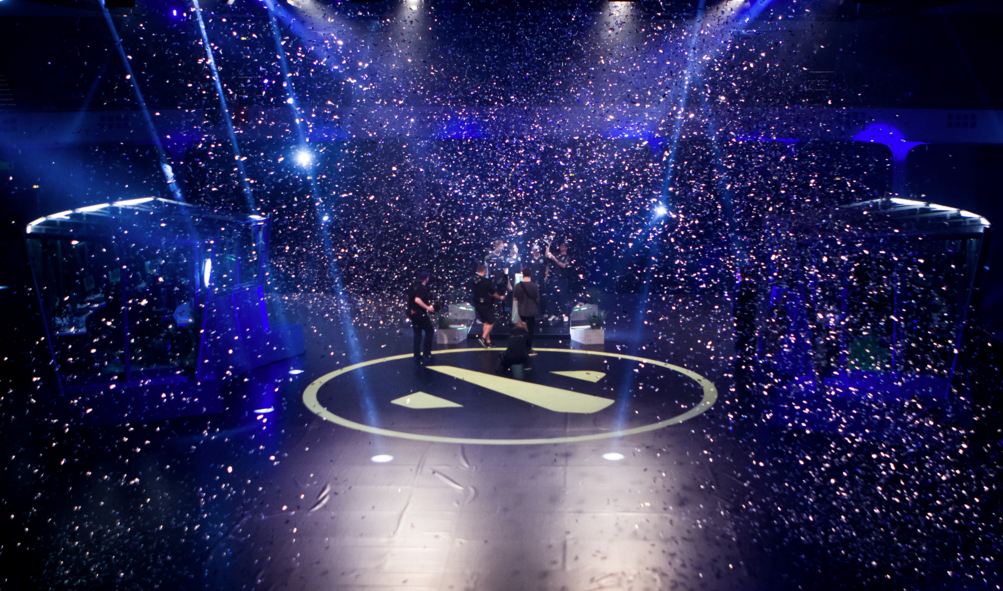 The first Dota2 Major has concluded and saw a furious finish by OG. Over the span of eight days, 16 teams from around the world fought for $ 3,000,000.

But what lessons did we learn from this Major and where does this leave us for the future ones?

Differences to TI and other events

"Everyone who has experienced TI knows that this Major is structured similarly, in regards to player accomodation and the tournament format. We worked very closely and for the most part realized Valve’s ideas. Of course there are some of our ideas as well, we arrange the broadcast and the environment for the players. In it’s core however, it’s a Valve event which we produce, as you can see from the ‘presented by ESL’”, says ESL’s Ulrich Schulze.

"[...] It’s impressive to see how much focus there is on the players at Valve events. Obviously the players are important at ESL One events as well, but here [...] every team has its own practice room and can use it almost around the clock. [...] It is certainly something that is often related to budget concerns. You can't always have 16 practice rooms at every event, but this is appropriate in regards to the size of the event and you can see it from how the teams perform. [...]”

Unlike CS:GO Majors, which “in their core, remain our product, an ESL One event”, so Schulze. This event did not have any sponsors on stream, meaning that the funds to run the event are, for the most part, provided by Valve. 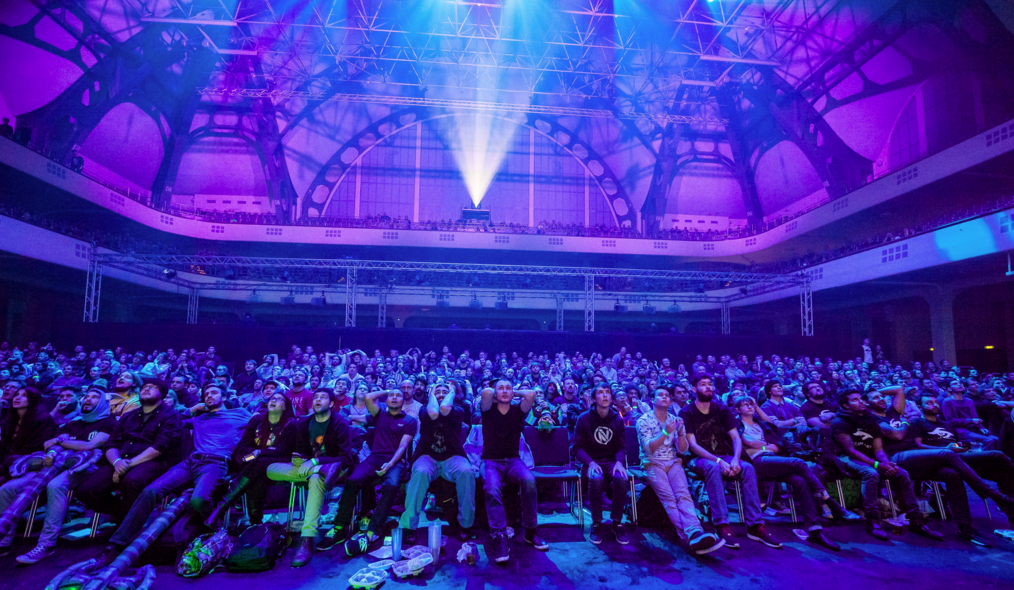 What do majors do for the scene?

“Before, there was only one big focus on TI. Some players either used it as an excuse to not practice properly or retired for 6 months, because there was nothing to play for. The Major system fixes that”, says Fnatic’s carry player Dominik ‘Black^’ Reitmeier.

Stability seems to be the general consensus when talking to players and personalities. Rosters in-between Majors are supposed to stay largely the same, at least for the top tier teams who would otherwise risk not being invited back. According to Mineski's Ryo 'ryOyr' Hasegawa, and other personalities, two weeks to lock down your roster are "[...] not enough time for you to change rosters. Probably every team will remain the same." A forced stability? Maybe, but stability regardless.

For tournament organizers however, the Majors pose a big challenge in regards to their own events. “We want our event in-between two Majors, which means we actually have a short time to have our qualifiers and main event played. Especially when you consider that other tournaments have their events in-between Majors as well”, says MarsTV’s Dimitri ‘GodBlessMali’ Vallette.

It becomes a rough battle in an already competitive playing field, as teams are looking to decide their participation in an event based on its prizepool. Despite this competition however, organizers are not looking to provide one big, attractive prizepool, but rather stick to their existing plans.

So what happens to these smaller tournaments?

“I think the Majors will set higher standards for other tournaments, such as ESL One.” says caster Austin ‘Capitalist’ Walsh. “[...] Organizers such as DreamHack or MLG would both have to raise their standards in order to host a Major themselves, thus boosting the quality of their other tournaments.”

Even casters may be able to benefit from this structure. “The casting structure right now is really rigid. It’s really hard right now for tier 2 or tier 3 casters to climb up right now.” According to Capitalist, it is perfectly acceptable that Majors “are more fluid” and do not need to have the same talent every time. It opens up opportunities for less experienced talent to make their case and compete with the others. 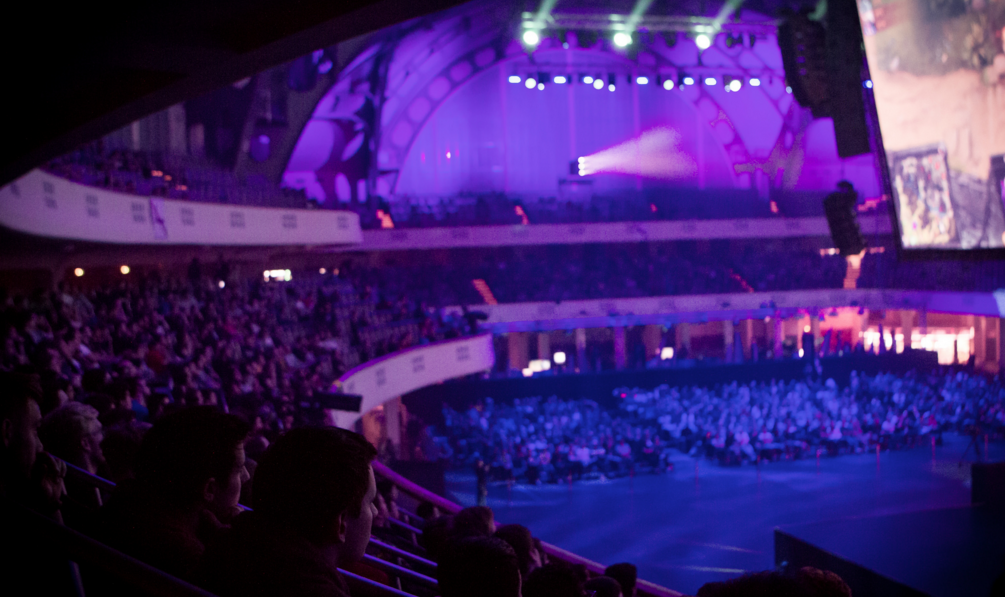 In theory, the Major system sounds like a blessing through and through, but all the positive aspects still need to be applied. According to Schulze, “[...] you want to create a new identity for the Majors [...]”, but has that really been achieved so far and how likely is that to happen?

In many regards, this first Major felt very much like a down-scaled TI, rather than its own tournament. That isn’t necessarily bad, but interest in these Majors may fade when they are unable to provide something new. The appeal of having multiple top events a year stems from the diverse competition and the difference in provided content. Looking at the CS:GO scene, it is an active competition within the scene and its tournament organizers. DreamHack and PGL produced a top-notch event that ESL, who seemed to have the upper hand in regards to hosting Majors so far, will have to compete with. Now, MLG has secured the next Major, leaving IEM Katowice without one.

The question is, will that healthy competition even exist in Dota 2, when it is still Valve that decides most factors? Shanghai may be run by Perfect World in cooperation with potentially MarsTV, ImbaTV or KeyTV, but DAC by no means was an outstanding event in terms of production or coverage.

It is up to Valve to find the proper balance of running their own event/Major, while still allowing organizers such as ESL, MLG or DreamHack to add their own flair to it. That said, the Frankfurt Major was one of many and if anything was a learning experience for all parties. The next one will show whether or not the appropriate lessons have been learned. yea ive actually been wondering bout this for a while...except the prize pool i really dont see that much of a difference between this major and the TI...its like they're going to have multiple tis throughout the calendar and like pointed out thats will get pretty boring pretty fast even given the rate at which top teams fall and newer teams come into the scene

there needs to be a differentiating factor between the majors and ti other than the money involved...more pro matches at the highest level are great for fans...for now....if we're going to have 4 majors + 1 ti in a calendar year its pretty redundant

i think one factor could be the size of the competing pool...the majors could have an extended competition and ti could be like the ultimate tourney featuring only the best in the world...the top 10-15 teams say

i think all the winners of the majors would be direct invites to ti...that makes sense Majors winners should be the only invited teams to the TI, all others should earn their place.

Currently the Enchanted Mango only has a 36.43% win rate. Together, we as a community, have the ability to fix this problem and end this horrific tragedy. Please help. It is our duty as gamers to give this item the respect it is due. @[FFTF] tiger45 it doesn't make sense since it means that there will be qualifier probably for full month or less and it's pointless since the big teams/Tier 1 teams would win the qualifier anyway.

^ are you really so certain? this major itself right now showed you what t1 teams were doing.....which tier was OG in exactly? Should be only 2 majors and 1 TI in a year calendar. 4 majors in a year is too much, fans will get bored and pro scene will get less benefit. There will be no time for team setup or preparation. Its crazy. by winning a major doesnt mean ur T1 team, for example in nascar sometimes people win that are normally around last place @ Lambrusco Its 3 majors and the 4th is Ti. It'd be fine, if people stopped doing NA tournaments. Turning the big tournaments into Majors and not allow spectating for b tier tournaments.

May is suggest though that winners of each major gets a direct invite to TI? Tired of queues on Lounge, or getting 0 skins from bets around $1?
Try out new betting site with simple instructions
http://fanobet.com/r/started 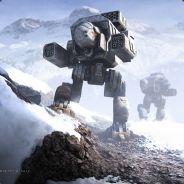 When the majors were announced I thought they were going to be more regionally based. I mean one's in frankfurt, next is in shanghai, idk where the last one will be, but what if they became regional tounrys? The problem is the popularity and southeast asia would never be popular. If you had an america's one, china one, europe one and SEA one, no one would watch SEA, america's is extremely top heavy, only a couple quality teams. Plus they also had qualifiers for those. So idk maybe going regional is not a good idea.

But honestly I don't mind them being like smaller TIs. Actually what would be cool is if no one got an invite to majors, everyone had to go through the qualifiers and do a play in, and then the top 2 finishers at each major got invites to TI. So the majors become like regular season winning playoff spots for TI. That'd be sweet and you might see some crazy teams no one's heard of get in like how 4 anchors and a sea captain almost won the europe qualifier for TI5.