Is Support Dazzle Back? 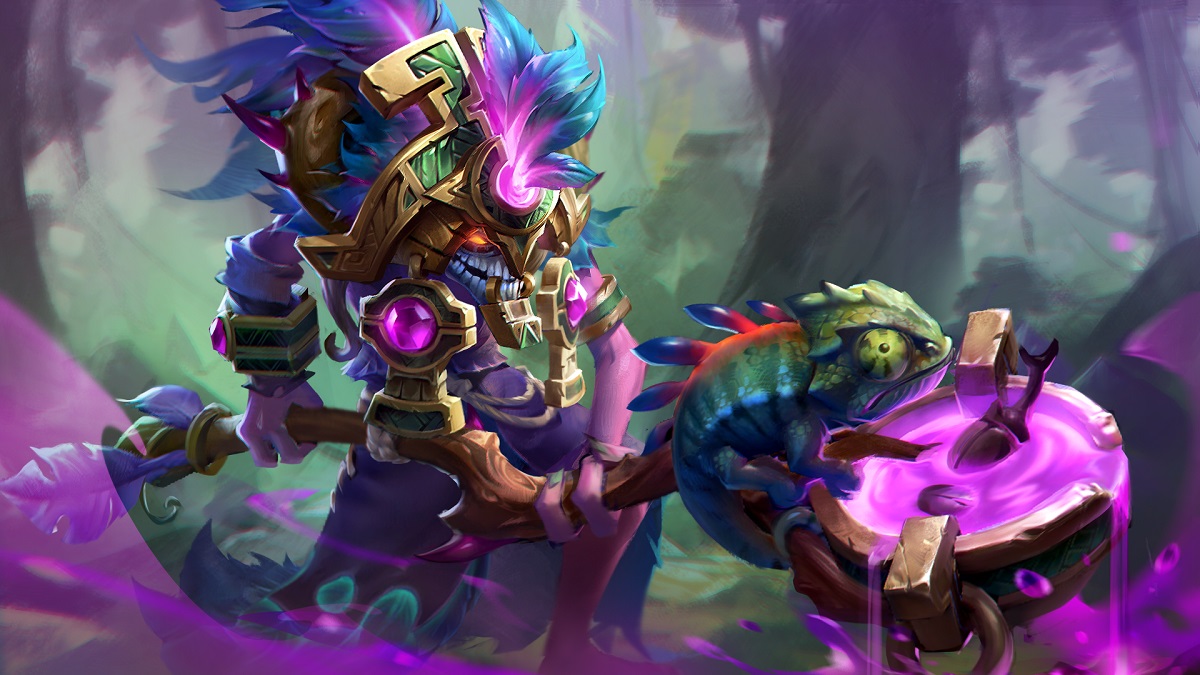 While we are still gathering data on the biggest winners and losers of the patch and how the overall meta has been affected, there is one thing that immediately stood out: the potential return of the Support Dazzle archetype. He is among the biggest winners of the patch and a personal favorite as well, so today we would like to discuss his viability back in the support role and how to squeeze the maximum out of it.

To core and back, and back to core, and back

While Dazzle is still playable as a core and some people might still prefer to see him in either third or second position, today we are fully concentrating on his support viability. After all, the hero lost “free attacks” from Aghanim’s Scepter and Shard over the last two patches, limiting his DPS. Dazzle also lost access to Necronomicon, which made his farming speed considerably lower. At the same time he gained a lot of QoL improvements on his ability to support. Most importantly, the hero now finally has a disable.

Decreased cooldown and increased cast range on Shallow Grave are huge for one simple reason: the ability is now good as a value point. The lost effect duration is more than made up for with cast range equal to the first level of False Promise and for the first time in a very long period Dazzle doesn’t feel like a poor man’s Oracle, but rather as his own, unique character. With Bad Juju and Shallow Grave level one, Dazzle now has Shallow Grave every ~27 seconds, or twice in a long fight.

That’s not all: Dazzle also got his crowd control back. A very, very long time ago Poison Touch was a single target ability that not only slowed the enemy, but also applied a stun. It was a mediocre stun, it was a very delayed effect, it was single-target. But it was a stun and bad control is better than no crowd control at all: just look at Lich’s Sinister Gaze.

Now Dazzle gets his disable. It costs 1400 gold and can’t be acquired before minute 20, but it is a disable. Which can potentially disable multiple enemy players on a potentially nine-second cooldown. It is not game-breaking and as far as Shards go it isn’t among OP ones. It just fits into the kit exceptionally well, covering the big weakness Dazzle has, when compared to other supports.

Finally, because Shallow Grave is now decent as a value point, Poison Touch can now be prioritized earlier, and this ability can deal tons of damage over the course of a long fight.

Not so long ago we discussed how Luna can be a good support and one of the reasons we gave was the cast range increase talent. Luna no longer has the talent, which might signify the end of her Support career, but Dazzle still has his cooldown reduction, meaning more Glimmer Capes, more Force Staffs, more Medallions and later in the game more Guardian Greaves activations.

If the enemy composition has several problematic heroes with AoE burst damage, consider an early Mekansm. Sometimes even Pipe is a potential purchase, though Mekansm on Dazzle is typically better because of the Guardian Greaves progression.

Late in the game, if you do your job well, you are going to be the priority target. Aeon Disk can be a justifiable purchase in such cases.

Finally, there are two items that need to be discussed. One is Hand of Midas, which is a big no-no for support Dazzle in 99% of your games. Maybe against some extremely late-game oriented lineup. Maybe if you somehow managed to get first blood and then completely snowball your lane out of control. In either case it is still a big “maybe”.

The second item is Aether Lens, which fits the hero, makes absolute sense to buy and really enhances Dazzle gameplay. It is still not necessarily the best purchase: Shallow Grave is now castable at level one without any cast range talents or Aether Lens. Glimmer Cape or Force Staff are too important in some games. Neutral items are also a thing and Keen Optic is usually more than enough.

No matter what you do, make sure you save 1400 gold for Aghanim’s Shard by minute 20. As mentioned previously, this Shard is too important of a purchase to ignore on an otherwise disable-less support.

One important thing to learn to do with Dazzle, is to save skill points and quickly use them and level up during a fight. The reason it is important is that while Shallow Grave is undeniably Dazzle’s most iconic spell, it is also strictly reactionary. Technically you can heal with it later in the game, courtesy of the new talent, but when it comes to laning every bit of an advantage is necessary.

Dazzle is and should be a lane oppressor. Not necessarily a lane dominator, but if the enemy is comfortable in your lane, you are probably doing something wrong. Lately, especially after the Shard change and patch 7.29, even support Dazzle players max out Poison Touch and we have absolutely nothing against it: this ability can deal a tremendous amount of damage in a teamfight and is very hard to lane against. Love it, spam it, upgrade it with a Shard.

As mentioned previously, your second priority is Shadow Wave. Mass heal, even a low-value heal, can be pretty strong in longer fights. It is also an extra way to maximize the Armor-reducing effectiveness of Bad Juju. Sometimes, especially when playing with heroes like Lycan or Nature’s Prophet, you can also create some stupidly powerful heal bombs. That doesn’t always mean you skip Shallow Grave, however.

As a rule of thumb, we would say that in lane by level four you should have 2-0-1 build and a skillpoint, and then, depending on the situation, get either an extra level of Wave, to burst an enemy down. Or get Shallow Grave, to save a teammate.

Also, always keep in mind that the enemy doesn’t know what you’ve skilled until you’ve actually used it. They might think you have Shallow Grave and not engage, when you are actually holding a skill point. But only if you didn’t just show your Shadow Wave healing five targets: the creep wave and your lane buddy. Might not be as relevant for lower level games, but better lobbies sometimes keep track of things like that.

What do you think of Dazzle support? Did you prefer him as a core, or are you happy for the historical return of position five Shadow Priest? Share your thoughts in the comment section below.

What do you think of the new Aghs Kawaii, it looks much better now. A dispel and 240 heal/nuke on a 4 second cooldown seems very good. Also Solar crest on the short cooldown seems really good. Dazzle is my favorite hero. So, i love this patch. Shard is really op.
Thanks for this article. cheap solar crest is a big win for dazz

Dazzle had the +50dmg talent that worked well with the previous shard, then combined with the negative armor was strong so putting him in a core role was ideal. So without the shard, you cant farm, cant do much physical damage. So naturally, Dazzle is now a support that will counter those illusion heroes due to aoe hex. Im thinking they might change it into a stun instead, coz heroes like PL and CK will be dumpstered by a single pick. While I love Dazzle, I think with this patch he's just too good as a core with Midas. As a support, I feel like solar crest is a must, because it lets you dominate lanes even harder, and when your cooldown reduction is at 50% you can buff your carry while nerfing theirs at the same time. i had a game vs perma grave dazzle , thats all im gonna say.