I'm a busy man and when I get time to play DotA I like turbo bc it allows me to get more dota in within a shorter amount of time and get more dotAmine injected into my brain to get my fix.

To me, turbo is superior bc it's all about fighting. You can ferry Regen to you and your items pretty quickly and everyone has the ability to do it, so it's balanced and the games are faster paced, a lot more fun, more about fighting rather than afk farming. Sometimes you get people of similar skills lvls and the game goes to 40 minutes even.

You get to experience more of the benefits of DotA rather than spend all game flaming team and playing with griefers. If someone griefs in turbo it just means their shit but 4v5 is ez in turbo and you get more gold from the killstreaks.

Turbo is the old school DotA. No worrying about an imaginary e-peen number, just 10 people queueing to fight and see who can dumpster each other more.

I don't play ranked anymore, it's so slow and the games drag on and turbo offers more benefits to me than playing ranked. I got to immortal and realized that turbo is the superior game mode.

Anyone else feel the same? I offer you to play turbo for a few games and once you adjust to the turbo meta you'll realize it's way better. get more dopamine injected into my brain to get my fix.

*fixed thank you for correct term

I think it would be improved by reducing buyback cd and making towers slightly less fragile but apart from that, yeah, for a quick dopamine fix it is the dog's. its fun but not balanced so constantly playing it would suck Yes, i cant bare playing with 3k mongols more than 20 min, so i play turbo turbo is filled with those "how mane game to unlocked rank matchmade" "how to get VHS" players.

They tryhard in a mode thats supposed to be ultra casual, thats why its so toxic. Im staying far away from turbo. If you try to have some fun or pick unconventional heros you literally farm reports. I exclusively played turbo for some time. It was fkn great. Honestly if Dota was just turbo I wouldn’t be mad. But real Dota just feels more competitive. turbo is fun but some heroes are unplayable in turbo

or at least way weaker than other turbo heroes 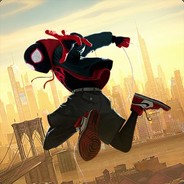 Translation: I got to Immortal and dropped to Divine 1 so fuck regular dota.

“I dOn’T hAvE tHe TiMe” Turbo games on average last a mere 15 less minutes. If you’re such a BuSy mAn you wouldn’t play dota at all.

“I can ferry regen instantly ...so game is more bAlAnCeD..” I don’t need to give a rebuttal for this and the whole Turbo meta is more balanced lmao.

“Flaming team... just slugging it out” communication and delicate teamwork is part of what makes dota great.

“Afk farming” have you not played the current meta,

“... and griefing teammates” sounds more and more like you’re a toxic pos yourself and you tanked your b.score because i barely ever have to deal with griefers. Probably 1 in 15 games - and that guy could be in the enemy team. So realistically I’d lose because of a griefer 1/30 of my ranked games. I’m sure anyone else with >9.5k would agree. I almost can't lose with Troll in turbo

The only problem with turbo is the smallest impact early game let you snowball and its over for the other team. The game can be lose at minute 5 and you cant do anything.
Apart from that I can admit it's fun. Some of my friends no longer play ranked since Turbo definitely the biggest problem is some people tryhard picking broken heroes and others just want to chill for 20mins.

I can still get immortal, was immortal last season and this season I placed at divine 1 and was questioning whether it's even worth it to grind when there's more fun game modes. Dota is slowly dying and more and more 4k shitters are getting 'immortal' and it's no longer something that's really worth anything. I've dumpstered plenty of sub 500 immortal players only to find out they are dogshit.

Yes turbo is balanced bc everyone has the ability to be overpowered. It would be unbalanced if I was the only one able to become over-powered. My behavior score is roughly 8.8k, pretty average, above average.

If I can ferry regen and my enemy can ferry regen, it's his fault for not buying it and adapting to the game situation? It's only ubalanced if there's not equal opportunity.

Dota has turned into league of legends 2, turbo is like old-school dota without all the people like you with huge e-peens trying to sound edgy on a dotabuff forum.

I play turbo bc it's more chill, I like to make my own music and listen to it and dumpster the shitters who think they're in for an ez game ;)

Since I'm busy I don't like to spend an hour of my time in a game with 9 people I really don't care about only to play a slower-paced game where my instinct-like-reactions aren't being challenged. I like to snowball and destroy people, i don't really care who is being destroyed.

So you don't think it would be interested to watch pros play turbo and see who can come up with the most OP strats? Maybe you should play some decent turbo games instead of spamming spec and thinking you're good. I always say that people who pick spectre in turbo really must never win any games lmao No OP, no one else feels the same way as you do about turbo. You're the only guy out of millions of dota players who apparently feels turbo is better than ranked is some circumstances. You are unique, special. /s

We are looking for Dotabuff users to share their experience using the site to allow us to improve future design and build decisions, as well as understand how to better serve our audience. The survey is a maximum of 12 questions, and we will pick one survey respondent at random to win a $100 Steam Gift Card.