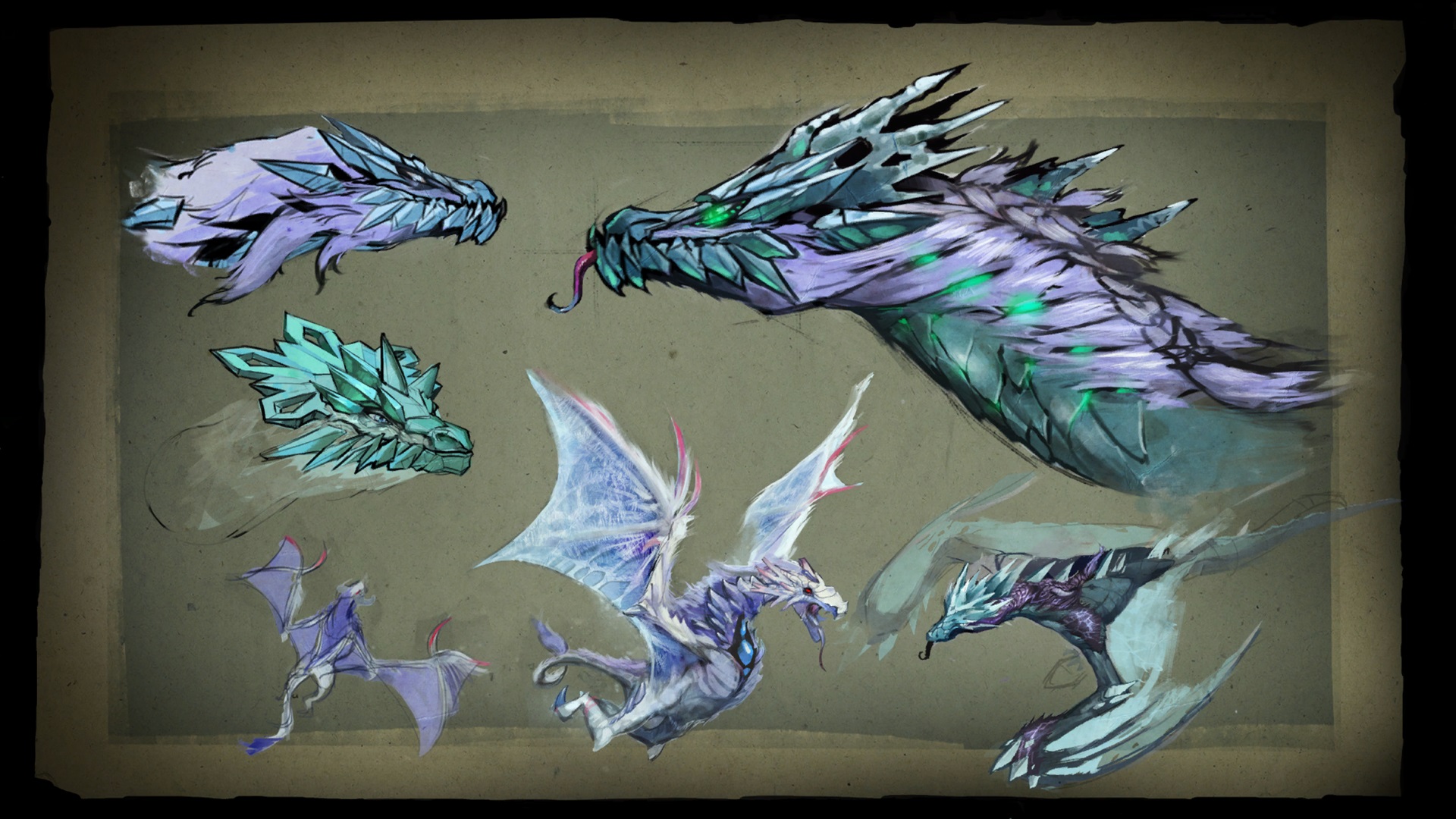 Any time there is a big patch, a few heroes will fall through the cracks in the meta shuffle that ensues. We have already covered some of the best and brightest shining heroes in all the roles so be sure to check out those articles if you haven’t already. In this one, we are going to dig a little deeper into the developing hero meta to find some diamonds in the rough.

Lady Auroth has been in and out of the meta since being added to the game. Other than her initial release where Winter’s curse was arguably the most broken spell in Dota, there are a few main factors that usually see her rise up.

The first is a prevalence of single target, physical damage core heroes. The carry pool is looking ripe for countering with heroes like Wraith King, Medusa, Juggernaut and Faceless Void getting a lot of play time.

The second factor is having the meta overall trend towards tankiness. Wyvern’s Arctic Burn ability does an immense amount of damage (6%-9% of their health per second!) to popular heroes like Centaur, Timbersaw, Bristleback, and the many other beefy brawlers.

The final factor that makes Wyvern an excellent support hero is her ability to take over the lane without losing the tower early on. In a lot of cases, it is the correct move for the carry to leave a contested lane shortly after the first catapult wave. Winter Wyvern can sustain weaker carries in tough lanes and then play an elusive depushing role while the carry free-farms in the jungle. Being able to safely stall tower pushes as a support is one of the most valuable attributes in the game.

Razor is every carry player’s worst nightmare. Heavily nullifying all that sweet damage they spent 30 minutes farming, Razor is one of those perfect counter pick heroes. In addition to ruining heroes like Juggernaut, Lifestealer, and pretty much every other safe laner, Razor is exceptionally good against the tanky offlane meta.

Being able to flex a Razor in all three core positions guarantees good matchups and won lanes. The average Dota player tends to overlook Razor’s less flashy playstyle and so the hero's pick rate is usually around 5%. It can also be a difficult hero to get used to because the playstyle is a much different pace than most of the carry role. There are fewer heroes more frustrating to play against than a well piloted Razor.

Dark Seer is another one of those heroes that is always criminally underrated in public matchmaking. Most of us almost exclusively know the hero exists because of the big Vacuum into Wall of Replica plays that enable a carry to wipe the enemy team. Rely on my teammates to do all the damage? Not likely. The thing about Dark Seer though is that he does everything else well and that simplifies the game to a great degree.

While everyone else is building nothing but damage items, you as a cultured Dark Seer player, can itemize to make all of your teammates look like unkillable monsters. Dark Seer is kind of like the ultimate solution for every common issue you’ll see in pub games. Teammates aren’t tanky enough? Build auras and give them HP with your amazing Aghanim’s Scepter. Laning partner is awful? Just shove the wave with Ion Shell and ignore his angry pinging. No teamfight? Wombo Combo. No carry? Steal the other team’s with your illusions!

For a brief moment in time, Luna support looked like it was becoming meta. Unfortunately, Icefrog is not a fan of fun things and removed Luna’s wildly overpowered cast range talent. This change pushes Luna firmly back into the carry role where she seems to have hit a nice timing in the meta.

As most carry heroes trend toward late game power spikes, Luna offers a much earlier timing window. Luna has always been an interesting hybrid damage beast that sits somewhere between Gyrocopter and Sven. Her ability to snowball off of Ancient creeps and mow down creep waves and towers gives Luna the ability to end games very quickly. Her aura remains one of the most under-celebrated laning tools in Dota for gaining an early advantage. Where most carries have a pretty sharp power moment in the game, Luna is a much more linear and thus versatile hero. Even after a tough laning stage, few heroes can match Luna’s ability to catch back up and scale into the mid game.

Ancient farming seems to be back in vogue featuring the cast of regular characters such as Medusa, Bristleback, Axe, Wraith King, and all the Battlefury builders. That means it’s also time for Templar Assassin to come out of the woodwork in the mid lane. Mid has been absolutely dominated by the Spirit heroes over the past year. In 7.29, we are starting to see a bit more of the “carry” mid hero come back thanks to easy regen from Water Runes and more focus on winning side lanes.

In 7.28, Icefrog changed her Psi Blades to now double her attack range instead of increasing it by a fixed amount. This change plus a Psi Blade talent at level 10 and the return of Dragon Lance as a good item has turned TA into a truly ranged hero.

Because of all the time she has spent out of the meta, Templar Assassin has also received buffs consistently since 7.27. Finally, it’s worth remembering that the second Roshan spawn now provides so much value that it has become a huge factor in deciding the outcome of games.

What other heroes are underrated and undervalued in the current patch? Tell us in the comments below! I want Luna support back. In my shit bracket the real king of this category is oracle! Tbh im surprised kunkka isnt picked more . He is a decent mid and i think even good in offlane .He can ,more or less ,make almost any item, do decent dmg , have good teamfight , and be a generaly strong laner.

i dont really know about kunkka bro, but i think the ms buff is a great leap to his gameplay, however im still sad about his ult when it used to be just 40 secs, and now its like probably 80 secs or smthng

His ult is strong as it is , lower cd might make it too strong . It has decent cd , dmg mitigation buff , stun and aoe , if ult like that has low cd or pierces spell immunity , it just becomes broken. Did anyone say ww? Damn Alfad, you have a better WR in Wyvern than I do! Similar bracket too...def gonna take a peek at some of those games. Love that hero sm sm ww is nerfed, first things with shard and lvl 20, I mean before you could do over 800 magical dmg already in min 20 with shard using just 2 spells, now she is more turned to healing, reduction of cd which is also good in combination with holy locket and once u got lvl 25 ahh bash time xD +if u got some neutral items for cd reduction, last game I did 53k heal in 45 min long game
But worst thing is just 2,5 sec of ulti I mean it's really a big nerf, so after some time experimenting on mid I back on support role and have to say that my win rate got higer.
I mean you can play mid ww until maybe 3300 mmr, but after that it's really hard to stay

Redesign, keep going! This hero is for sure fun to play on any 2-5 role :-D

Recent few games were just freewins, or weird comebacks, so not worth watching, i am sure :-D
I might play some decent game (at least one per 3-4-5 roles) on purpose, and send you replay IDs if you care